Awakening Roots is proud to be a distributor of

Brought to you by  PAUL STAMETS, world  mycologist,  founder, and maker of Host Defense mushrooms.

What Makes Turkey Tail Magical you may ask?

The medicinal ingredients in Turkey Tail mushrooms are polysaccharide-K (PSK), also known as krestin, and polysaccharide-P (PSP).  Together, PSK and PSP fight cancer and immobilize tumors by inhibiting cancer cell growth and strengthening the body’s own “Natural Killer Cells”.  The powerful boost to the body’s immune system empowers it to heal itself.

A $2.25 Million dollar study, approved by the National Institutes of Health, explored the impact Turkey Tail mushrooms have on the immune systems of breast cancer patients.   Using mushrooms provided by Stamets’ company, Fungi Perfecti, LLC, researchers confirmed that the mushrooms powerfully stimulate the immune system, with no toxicity or side effects.  “T. Versicolor dose-dependently enhances natural killer cell activity in women with breast cancer in the post chemo-radiotherapy setting.”

In June of 2009, Stamets received shocking news from his mother: her right breast was 5 times the size of her left, due to swelling and 6 walnut-sized lymph nodes.  By the time of her cancer diagnosis, Stamets’ mother already had stage IV breast cancer, which had already spread to her liver.

The oncologist at the Swedish Breast Cancer Clinic at the University of Washington said that Stamets’ mother had the second worst case of breast cancer she’d seen in 20 years of practice.  After predicting that Stamets’ mother had only 3 to 6 months to live, the oncologist told both mother and son about an intriguing new study using Turkey Tail mushrooms to cure cancer.

Stamets’ mother tried the mushrooms (along with other supportive medicines). 7 months later, Paul declared, “As of February 2010, she was virtually cancer-free”.  The doctors said it was the quickest and most complete recovery they had ever witnessed.

T. versicolor (Turkey Tail) extract (ie, PSK) is approved as a pharmaceutical-grade medicine in Japan and has been used for more than 30 years as a treatment for cancer. In clinical trials, PSK has been used as an adjuvant to chemotherapy to manage gastric, colon, and colorectal cancer, whereas the extract PSP has been used for late-stage lung cancer and as a prebiotic. A combination medicinal mushroom formulation of T. versicolor plus Ganoderma lucidum was observed to clear oral human papilloma virus (HPV) in patients with HPV-positive gingivitis.

T. versicolor has been consumed for centuries in Asia as part of a traditional diet and has been used medicinally. Folklore remedies of turkey tail include the treatment of lung and liver infections. In China, turkey tail has been used as a preventive and curative agent for liver infections and liver cancer. In Japan, it is considered a panacea for a variety of cancers. Overall, the mycelium and fruiting body of the mushroom are considered to have immune stimulatory and anticarcinogenic activities. Clinical research with PSK began around 1970 and has focused on its immunotherapeutic efficacy in stomach, colorectal, esophageal, nasopharyngeal, lung, and breast cancers. In Japan, it has been approved as a pharmaceutical-grade medicine for cancer treatment and used for more than 30 years with consistent clinical efficacy.

In Chinese medicine, C. versicolor is characterized as being slightly cold and enters the meridians of the liver, spleen, and lung. It is predominantly used to treat cirrhosis, chronic active hepatitis, rheumatoid arthritis, leukemia, and bronchitis.2 It has also been used for its analgesic, anti-inflammatory, antihyperlipidemic, and antiatherosclerosis effects.

With all these amazing studies its a no brainer to add TURKEY TAIL to your daily routine for immune support, and during times of illness.

Predominant in woodlands throughout the world, Turkey Tail (Trametes versicolor) is one of the best-documented mushrooms in scientific research. With a wide spectrum of beneficial properties, Turkey Tail shows much promise in supporting the immune system with its protein-bound and unique polysaccharides.*

Made from freeze-dried activated mycelium, not from indigestible fruitbodies and spores

HOW TO ADD MUSHROOM MAGIC TO YOUR DAILY ROUTINE.

Mushroom Magic is more then adding 1/2 tsp here and there, of Organic Turkey Tail mycelium powder, to a smoothie or supportive tea. The MAGIC happens in the intentional living you create. We live in a supernatural realm but behave as if we are asleep, unaware, or powerless. YOU can tap into the beautiful gifts that the creator has given us through functional mushrooms, supportive plants, nature walks, breathing fresh air, drinking clean water and so much more. The true magic happens when you step outside and begin the healing journey of your holistic life.

*These statements have not been evaluated by the Food and Drug Administration. This product is not intended to diagnose, treat, cure or prevent any disease.

Thanks for supporting a USA WOMEN OWNED SMALL BUSINESS.

WE ALSO OFFER OUR OWN LINE OF WILD HARVESTED TURKEY TAIL!!!

Be the first to review “Turkey Tail: Immune Support”

Spend $100 Get Free Shipping in the USA! 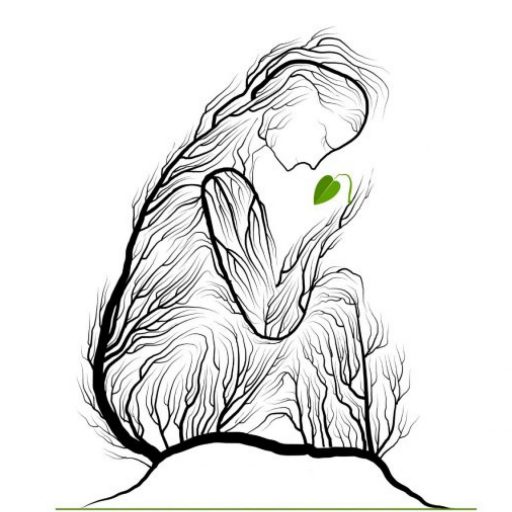 Processing…
Success! You're on the list.
Whoops! There was an error and we couldn't process your subscription. Please reload the page and try again.

You're viewing: Turkey Tail: Immune Support $24.99
Add to cart
0
0
Your Cart
Your cart is emptyReturn to Shop
Continue Shopping
%d bloggers like this: